It was the winter.
Not really harsh, yet a robust winter pushing around enough snow to feed an army of fat snowmen. That was the winter when Ben met Mila, on a public bench, for the first time.

It was not really cold that day. The fresh snow was even starting to melt. The bright sun was working hard at it.

In the middle of the afternoon, Mila came to the park with her mother, Annie. She thought Mom needed a break. Mila offered to take her out that day. Her mother usually did that. This time, Mila wanted to be the one to reward Mom for being so strong and attentive all the time.

“Is that your mom over there?” Ben asked.

Mila pointed toward the next bench, at her mother Annie. Young woman, quietly beautiful, very simple in her red long fluffy jacket.

She sat on one end of the bench. It was covered in a light coat of snow. She pushed enough aside to uncover a small spot. A few strands of dark hair were floating in the wind under her red wool hat.

Super Annie was standing with her fists to her hips, wearing a red cape blowing proudly in the wind, looking fiercely into the horizon, toward the glowing sun… Mila’s imagination.

“You are a very special little girl, Mila.”

She looked at him with fondness and smiled.

Ben nodded. She could not see clearly the bottom half of his face behind his thick white beard.

“Why are you smiling?”

The old man turned his head in her direction. He marked a pause before saying, “I’m happy.”

Mila thought a little bit. “What is happy?”

Ben looked at her and said nothing for the longest time.

Ben looked up at the clouds. So did Mila. It felt like someone called his name and he started searching for a source of the voice he heard. He looked high to his left. She followed his gaze.

A beautiful orange butterfly came toward the bench. It was not in a hurry. The marvelous insect fluttered around them a while. Mila laughed while swinging her legs faster. The echo of her voice filled the air.

Ben extended his arm. The butterfly went around the offered hand and then landed on the tip of his finger. It batted its wings quickly from time to time as if talking to Ben. He pulled his hand closer to his face, very slowly.

Mila was mesmerized. She leaned toward Ben.

“What is she saying?” She whispered.

Ben took his eyes off the butterfly to look back at the intrigued little girl.

“She said she is very happy to meet you, Mila.” He offered.

“She said you will make everyone happy. The whole world.” Ben continued.

Ben looked at the butterfly, then he turned again to Mila. “The whole world.”

Mila thought and thought. Her expression turned to puzzlement.

Ben turned to the butterfly and watched it move its wings quietly. After a moment, the butterfly took off. It flew around Mila. The content little girl kept giggling. The echo of her voice filled the world once again.

Mila followed the butterfly with her eyes as it rose toward the sky. She sat there, by the old man, swinging her feet.

She turned to Ben again and realized he was watching her.

Ben played with his beard for one minute, looking into the distance ahead of him. Then he turned to her.

“I know a way for you to find out what happy is.” He said finally.

“It won’t makes sense if I do.” He said shaking his head slowly.

“Why?” Mila was intrigued more than ever.

“Do you want to know what happy is?” Ben responded.

She understood that, like grown-ups sometimes do, he would not give the answer until she earned it. Mila stared silently. She looked down at her shoes. The swinging had stopped. Then she looked up and nodded.

The old man took his time. On this lonely bench in the middle of a park mostly covered in pristine white snow, the young girl was completely attentive.

“Every time, you meet someone, make a wish for them.” He continued. ”One wish is enough. Something good.”

“Something… good. Like something you would wish for yourself.” He said, emphasizing each word slowly.

In the distance, Annie was observing them attentively from her bench. She didn’t seem worried. After enough time had passed, she started walking in their direction. A few feet away from the bench, she stopped as if to avoid disturbing old friends in their conversation.

The old man was a familiar figure in the neighborhood. Quiet and silent, some thought of him as a weirdo, but she liked him. To her, he was a simple, old-fashioned retiree mostly kept to himself. His wife was more open, the type to offer a piece of good advice or two when you need it most, without you having to ask.

Ben only nodded slowly. “You look lovely, Annie.” He said.

“Thank you.” She had trouble containing her smile. Then she arranged the strand of hair dancing in front of her eye. “Mila, it’s time to go.” She said to her daughter. “I’ll see you, Ben.”

Mila smiled back. She wriggles up to the edge of the bench, ready to hop down. Then she stopped, thinking. She sat back and turned to Ben one more time.

“Any someone?” She asked.

Ben nodded. They both raised their heads toward Annie, patiently waiting.

“Any someone.” He answered.

Mila closed her eyes. She joined her hands together, palm against palm. She lowered her head. It only lasted three seconds. Then she hopped down the bench.

He watched them walk away. From time to time, Mila would turn around and wave at him again, with a big smile. Ben’s face looked neutral, but his shoulders gave away a quiet laugh.

Moments later, the orange butterfly came back and landed on his shoulder. She fluttered her wings quickly. Ben glanced at her.

“I think you’re right.” He responded. Then a long pause as he stared at the two silhouettes shrinking in the distance. “A lot of good.” He said.

Then came the spring.

Mila was walking with her mother in the park. Flowers swayed in the wind all around them. Annie leaned toward her daughter and pointed at something ahead. Mila listened and seemed to notice what she was showing.

She let go of her mother’s hand and sprinted forward, laughing happily. Her distinct laughter echoed again. The only sound.

Ben was sitting on his favorite bench, both hands joined on top of his cane.

“Good afternoon, Mila.” He said in his usual soft voice. “Nice to see you again.”

Mila leaned on Ben’s knees and started jumping, making a small arc along the ground around his foot. The least he could tell, she was very excited.

“I know what happy is!” She exclaimed.

Annie reached the bench and sat with a smile toward the old man. Ben nodded in her direction as he usually did. Mila was still jumping, oblivious, totally ecstatic.

“I know what happy is!” She continued chanting.

“I’m glad she can share with you all about it.” Annie started, still smiling. “She’s been counting her progress to me for two months. It’s all she talks about.”

Mila’s opened her arms wide as if to show the whole world.
Then she hugged herself and swung side to side. Ben gave her a high five.

The colors of the flowers in the park seemed brighter, more saturated. A slight breeze made them dance with the butterflies. An intensely blue sky covered the whole scene. 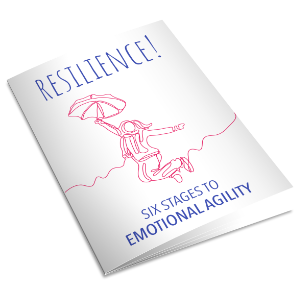 Deal effectively with your negative emotions and thoughts by letting them be and using them as stepping stones to a brighter life. Print and fold to always have access to the 6 steps to resilience. 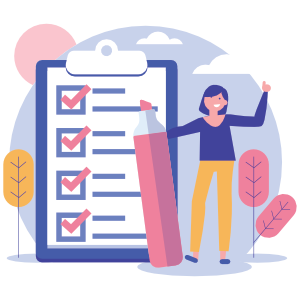 Resilience is not a character trait, nor requires any specific talent. What you need is the right environment. How supportive are your circumstances and the people around you? 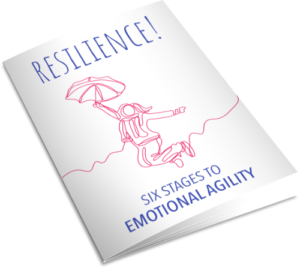 Enter the coupon code CORONA-40 at checkout, and receive an extra 40% discount on any program or service!!

Subscribe to be notified about new programs on creativity.

Subscribe to be notified about new programs on organizing your home.

Subscribe to be notified about new programs on time management.

Subscribe to be notified about new programs on health and food.

Subscribe to be notified about new programs on managing your finances.

Subscribe to be notified about new programs on finding your life’s purpose.

Subscribe to be notified about new programs on emotional resilience.